River Clean Up - Boost for Community

The Tullamore community came out in force over the weekend in the effort to get to grips with the challenge that affects many towns - river dumping.

Volunteers from a number of local community groups including Tullamore Tidy Towns and Shannonside Sub Aqua Club supported by a team from Offaly County Council retrieved over 1.5 tonnes of dumped waste in an area of Tullamore River from Kilcruttin to Millenium Square at Main Street.

Over 20 shopping trolleys along with bikes, beds, mattresses and a 60 inch flat screen TV were mindlessly dumped by individuals with zero respect for the environment and the people of Tullamore.

'Thank you to everyone who supported the Tullamore River Clean up on Saturday, particularly to Shannonside Sub Aqua for volunteering to help us with this project, without their support this event could not have happened. The removal of waste from the Tullamore River will help improve water quality and the adjacent natural environment' – commented Ide O’Connell, Assistant Scientist, Offaly County Council – Project Manager The Tullamore Living River.

As Tullamore Tidy Towns tries to focus its efforts on further improving on its repeated Gold Medal status over the last 7 years, the dedicated community group is firmly focused on achieving top spot in the National Tidy Towns competition.

'We have been working with various local groups for the last number of years to highlight the importance of wildlife habitats and biodiversity for the environment and this is reflected as a main judging criteria in the National Tidy Towns competition' commented Ray Carroll, chairperson of Tullamore Tidy Towns.

The Tullamore Living River project spearheaded by Offaly County Council and supported by the Offaly Local Development Company has seen the creation of a wetland area at Kilcruttin which will significantly add to the natural habitat area for wildlife and alleviate the flow of flood water sediments. As part of this project support has been given for a major clear out of dumped debris which has accumulated over many years. The project will also include selective management of vegetation along the river to open up views which have been blocked for at least a generation.

Water quality has improved throughout the Tullamore River water course in recent years but there is little room for complacency as we were starting from a very low base. Research has shown the importance of Tullamore River as an important nursery ground for trout which feed into and populate the Clodiagh, Brosna and Shannon rivers.

A recent Otter survey conducted by Tullamore Tidy Towns supported by Local Authority Waters Programme indicates Tullamore has the highest density of otter signs found in a national survey anywhere in Ireland. It is no coincidence that Tullamore River is home to the Otter. With improved water quality has come increased numbers of small fish and native white tailed crayfish which provides the Otter with a steady food supply. 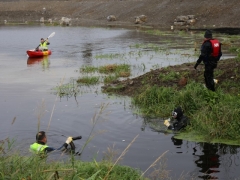 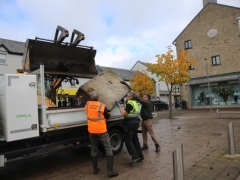 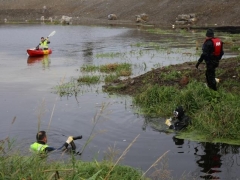 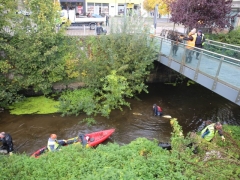 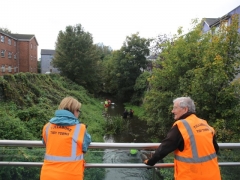 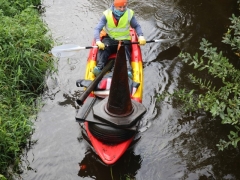 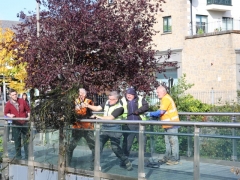 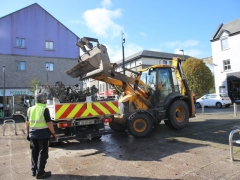 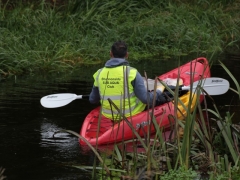 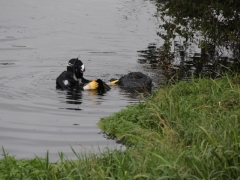 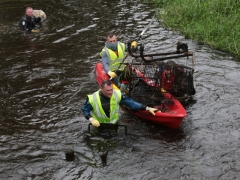 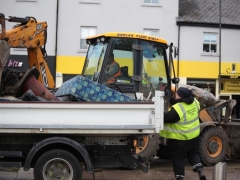 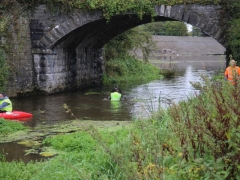